The Illinois plan anticipates that all subgroups of students will achieve at least 90% proficiency levels in reading and math by 2032 (see below).  Although this appears to be an ambitious goal, it’s not clear what the baseline starting point will be when students are assessed in 2018 and 2019.  In other words, without knowing what the proficiency rates will be in 2018 and 2019, it’s impossible to know if this is a sufficiently ambitious goal.  That said, we’ll give the state the benefit of the doubt. 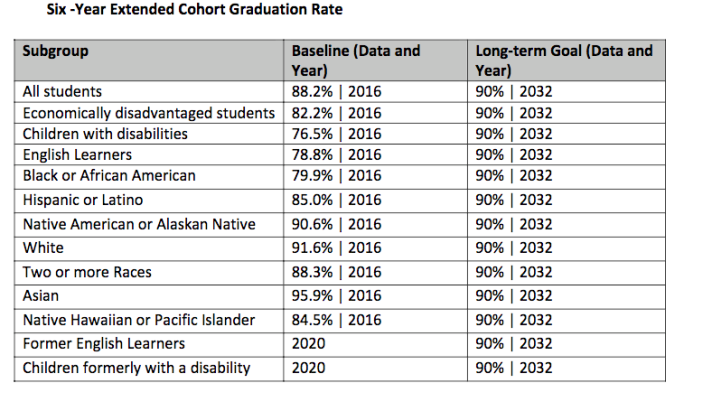 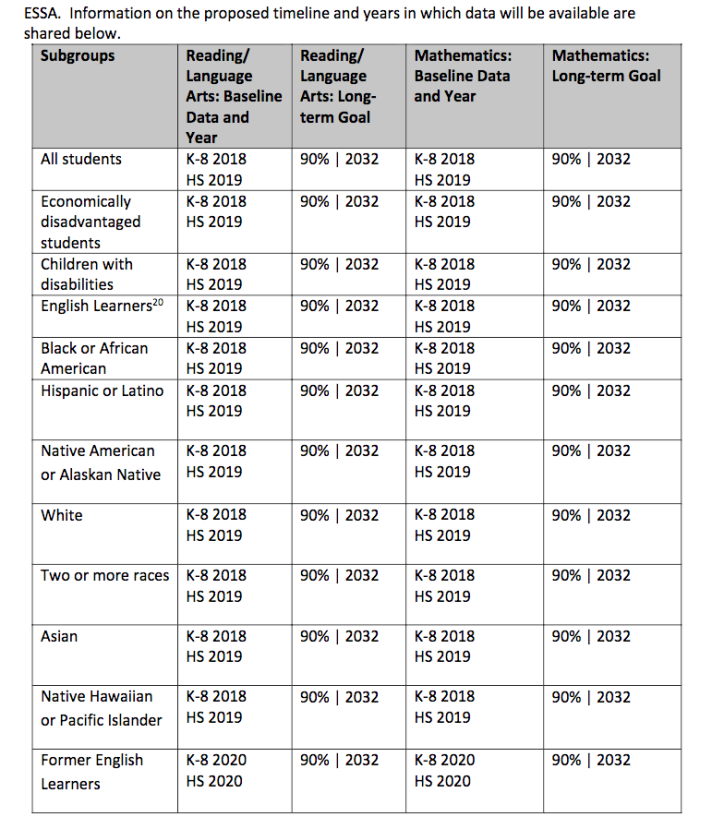